Bombs from the Sky
by  Brendan Brown 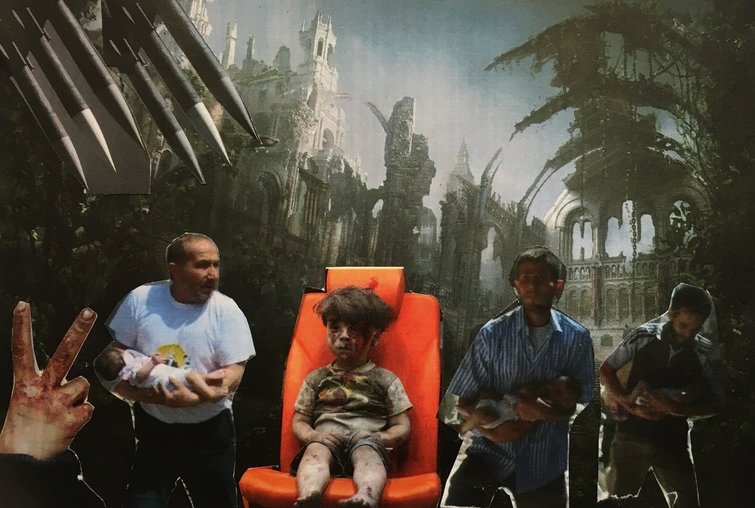 The article I used (for inspiration) reported on how medical care and the people, including children, in Aleppo have been affected by the bombings.  I decided to focus the work on people and children alike in distress, with Omran Daqneesh front and center because of the emotional power of his image. The article also said of bombs "raining from the sky" and quoted one individual who said living in Syria was like "living in hell." The visual representation I created for this included church ruins, dark on the inside, with rays of light and brighter buildings visible through a hole in the roof. I added pictures of missiles to emphasize the notion of bombs raining from the sky.


Brendan Brown is a psychology major enrolled at North Shore Community College.  His interests include music, reading, playing video games, and exercising, among other things.  He is a kind individual who views himself as a supportive listener to his friends, and others, and tries to offer advice when he can.  He plans on continuing his education towards a Master's in Psychology in order to become a therapist, working with teens at risk for suicide.